Showing posts with the label journalists
Show All 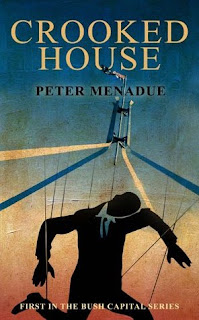 Paul Ryder is a disillusioned journalist who is framed for the murder of a policy advisor in the context of a leadership challenge. Lots of intrigue, blackmail, drinking, and getting into trouble with his partner. A good yarn, nice plot that reveals secrets at a steady pace while maintaining the tension. Good evocation of Canberra's inner suburbs, the lake, and Parliament House. I really liked the scene where Paul is run off the road and running for his life in Commonwealth Park in the dark, while the arterial road nearby is utterly deserted because it's so late at night, easy to visualise how terrifying that would be. Good story, I'm going to read the other two books in the series. One complaint though. These quotes — "smug complacency and quiet desperation" in the suburbs, a "company town where the main business is government", and "in Canberra you get the awful feeling that life is happening elsewhere". If this is the character'
Location: Canberra ACT 2601, Australia
Read more
More posts