Showing posts with the label food
Show All 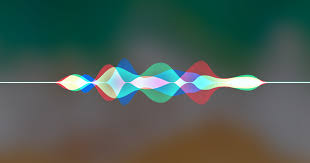 My sedentary lifestyle has a predictable price, so I’m working on dietary improvements. To help, I have a nifty little app on my phone for keeping track of what I’ve eaten. I was adding today's menus. They were sadly deficient in the four basic food groups (takeaway, chocolate, pastries, chips). Of course, most days’ menus should be so lacking, but it is a dispiriting sight. Imagine me sighing deeply, and saying, “I’m so hungry” in an affected tone, like Lydia in Pride and Prejudice.  * What I did not expect was a response from Siri. Siri is a phone app that you interact with verbally. For example, you say, “Hey, Siri, what’s the time?” and it tells you. So far my interactions with Siri have been a cause for hilarity. It’s so polite! I tried, “Siri, close Maps app”. Siri replied, “As much as I would like to, I can’t close apps.” I feel as if I should apologise for asking. I feel that I should say “please” and “thank you”. Anyway, my sighing and complaining of hung
Read more 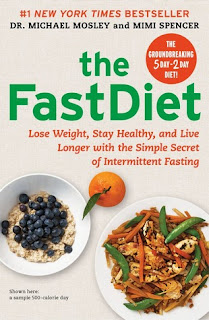 Genre: Nonfiction Published: 2014 Read: January 2018 This book was lent to me by Emma at the gym after a discussion about this intermittent fasting diet. The recommended variant is to eat a low-calorie diet of around 500-600 calories two days out of seven, hence the name, the 5:2 diet. The "fast" part refers to periods without eating, not how quickly you will lose weight. The book covers much the same material as the television special which spawned it, with the addition of recipes. This book is from the UK, and the recipes show the vast gulf in food preferences between Australia and the UK. It would be a rare Australian who would chow down on a breakfast of smoked salmon or kippers, or dine on roast mackerel or turkey burgers. Cultural differences rule. The diet is going well for me, though. Moderately inspiring book. There is also a website, https://thefastdiet.co.uk/
Read more
More posts