Showing posts with the label Opinions
Show All

Falling out of love with Canberra 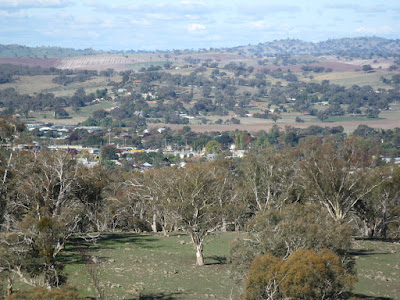 My love affair with Canberra lasted a long time, from our arrival in 1977 until this year. I've always loved the landscape best, especially the mountains behind Tuggeranong, enough to stop my breath every time I see them. The city itself, though, isn't ageing well. And you have to be rich to live there. It's the price-gouging capital of Australia, as well as the political capital. When I moved to Canberra I had strange ideas about the place. I worried that I would have to dress up to ride my bike down to the shops. Of course that was rubbish, but in some ways connecting to the culture of the place is as elusive as ever. Perhaps I just got tired of it and needed a change? Anyway, by 2015 the fractures became too great to ignore. I couldn't face another leapfrogging rates bill, or another local government election full of lies. Everything suddenly became too crowded and too expensive. And the ignorance of my fellow Australians reached towering heights. A woman sai
Location: Cootamundra, Australia
Read more
More posts