Showing posts with the label Indigenous Australians
Show All 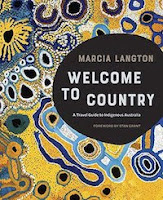 Genre: Non-fiction Published: 2018 Date read: November 2018 There’s the glitzy Australia of the Sydney Harbour Bridge and the Gold Coast, and then there’s a much more beautiful and meaningful story that comes from connecting with Australia’s Indigenous people and their cultural connection to the land. This book introduces the cultures, languages and places and teaches non-Indigenous visitors the basics of how to behave respectfully. It’s informative, beautifully illustrated, and explains important matters in an accessible way. Valuable for anyone who wants to see the world from outside their own cultural straitjacket.
Read more

Book review: Running Down: Water in a changing land by Mary E White 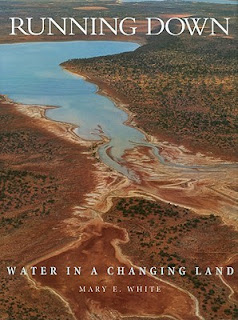 Genre: Nonfiction Published: 2000 Date read: March 2018 This book explores the evolution of Australia’s river systems and how they have changed since European settlement. The book is packed full of wonderful photographs, maps, diagrams, and anecdotes, and a sobering message. White doesn’t paint a very optimistic picture. Our farming practices have created immense damage that most of us are not even aware of, since what we see now is what we assume was always there. There’s a truly awful story told by an old farmer from the Riverina. He describes how, on the advice of the Department of Agriculture of the time, they kept their land plowed and fallow. One heavy storm later, and most of their topsoil flowed into local rivers and creeks, filling them to the brim with mud and killing all the fish and other wildlife within. None of those rivers or creeks ever recovered to their previous condition, and neither did the farms. A tragedy. Publication of this book was sponsored by a g
Read more

Reading journal: And Fire Came Down by Emma Viskic 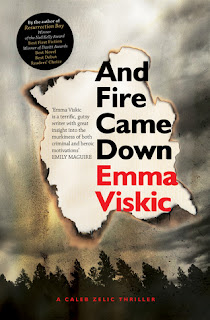 Genre: Crime Published: 2017 Series: Caleb Zelic Read: March 2018 Caleb Zelic returns in this sequel to Resurrection Bay . He is struggling to keep his investigation business going without his old partner, and when a young woman asks for his help moments before her death he is reluctant to take the case. Instead, he wants to pursue his relationship with his ex-wife Kat, so he returns to his home town. Things aren’t going well at home, with arson and racial tension dividing the town and evidence of a drug war behind the scenes. Caleb can't help himself, and his investigation again brings danger to his loved ones. Eventually he has to choose between Kat and pursuit of the criminals. As in the first book, we see Caleb struggling with his hearing impairment, and with his father’s internalised harsh criticism. Caleb has to learn to ask for help, the one thing he has spent a lifetime avoiding. Great story, a step up from Resurrection Bay. Highly recommended.
Location: Victoria, Australia
Read more 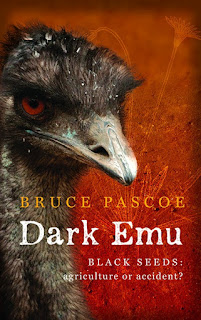 Genre: Nonfiction Published: 2014 Read: March 2018 This book is subtitled “Black seeds: agriculture or accident?” Pascoe’s short and readable book summarises the output of a range of primary and secondary sources that examined the economy of Indigenous people in Australia before European settlement destroyed that economy forever. Most convincing are the quotes and illustrations from the diaries and reports of early inland explorers, describing flourishing grain production and harvesting, robust houses, fishtraps on rivers, smoking fish and other meats for preservation, yam planting and harvesting, maintenance and protection of wells and the use of fire to maintain the environment in a useful grassy state. All these methods of making a living from Australia’s intermittent rivers and thin infertile soils were gone within a few years of the arrival of European stock animals and crops, and the environmental degradation continues. Pascoe argues that it is the Europeans who w
Location: Australia
Read more 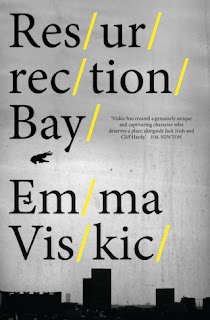 Genre: Crime Published: 2015 Series: Caleb Zelic Read: March 2018 Caleb Zelic is an investigator looking into warehouse thefts in Melbourne. Things go wrong, a friend is killed, witnesses are disappearing, and Caleb’s partner has become unreliable. Deaf from childhood, Caleb has relied, perhaps too much, on Frankie’s help, and now he’s out on his own, trying to succeed in a world of sounds that he can often only guess at. Caleb retreats to his home town of Resurrection Bay and reconnects with his separated wife, his brother and his childhood friends. But the bad guys follow, and Caleb’s pride has put those he loves in danger. And he’s not prepared for the shocking betrayal that makes him doubt his own judgement. A great book, plenty of pace and character-driven action, and insight into how the world operates for a person with hearing impairment. Highly recommended.
Location: Melbourne VIC, Australia
Read more
More posts