Showing posts with the label Carrathool Bridge
Show All 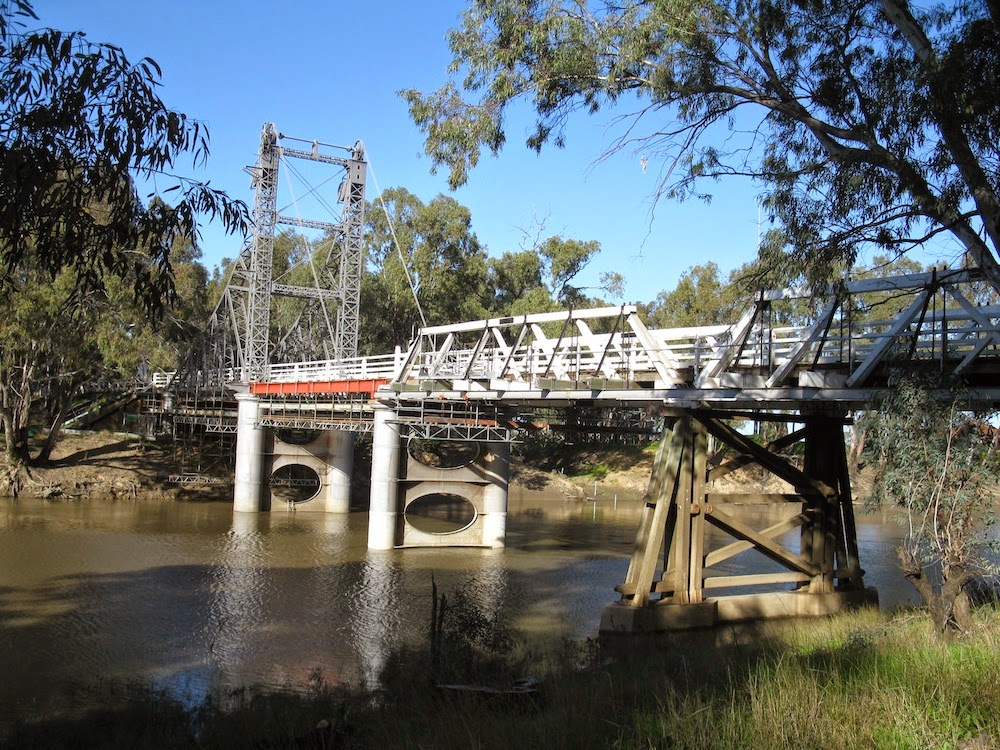 Carrathool is a small village near the Murrumbidgee River, with a heritage listed bridge that was built with a lifting section to allow river traffic to pass below. That was in the days when paddle steamers plied the river. The bridge is under repair right now, an expensive and time-consuming enterprise. Locals would prefer a new bridge that would allow heavy trucks to cross, rather than wasting more money on maintaining the old one (read interview ). Carrathool Bridge July 2014 The Murrumbidgee River is one of Australia's largest rivers. Mostly it looks like this, a narrow muddy stream. We don't really do rivers. Murrumbidgee River at Carrathool, New South Wales, Australia Carrathool is also famous for its hotel, unfortunately not open when we passed through town. Family Hotel, Carrathool
Location: Carrathool NSW 2711, Australia
Read more
More posts