Showing posts with the label Adelaide South Australia
Show All 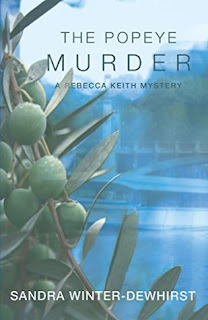 Genre: Crime Published: 2015 Read: December 2017 A murder mystery set in my home town of Adelaide, South Australia. A chef’s head is found on a luncheon platter aboard a day cruise boat on the River Torrens. These boats are generically called Popeye. The cruises are fairly short, because the river is shallow and muddy and only navigable over a short distance. Much of the scenery, from childhood memory, comprises the manure pile behind the zoo. The Popeye of my childhood was basically a metal hull with a few wooden seats and a metal roof, open to the elements, and filled with excited children accompanied by grandparents during the school holidays. Apparently I’m behind the times, as the modern equivalents are far more luxuriously appointed. The story features a newspaper journalist, Rebecca Keith, hoping to kickstart her career with a serious investigation to escape her foodie column prison. The writing suggests instead that she is firmly incarcerated in the hom
Location: Adelaide SA, Australia
Read more
More posts