Showing posts from October, 2018
Show All

A rambling tale of shame 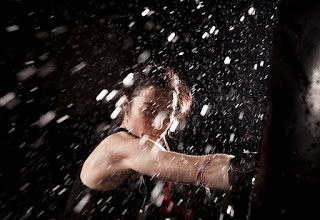 Half a lifetime ago, I engaged in some political stirring against a local government decision affecting my child’s primary school. This was pre-internet, so I did it by a letterbox drop, about 1000 pamphlets across 3 suburbs. Being a newbie and completely clueless, I had no idea what would happen. I vaguely hoped that people’s ideas would be swayed by my wonderful pamphlet. What actually happened was that a reporter from the newspaper became interested. Yes, it was that long ago, when there were actually newspapers. I hadn’t put my name on the pamphlet, probably breaking a few laws, but the journalist wasn’t fazed. She called the school, and they directed her to me. And what was my response to this unparalleled opportunity to put my case to a wider audience? You guessed it. I panicked and said it wasn’t me and I knew nothing about it. Unbelievably stupid and embarrassing, but that was nothing to what followed. Common sense and commitment forced me to make the right decis
Read more

Reading journal: Growing Pains: the future of democracy (and work) by Gwynne Dyer 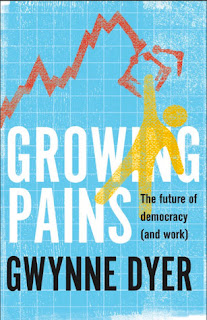 Genre: Non-fiction Published: 2018 Date read: August 2018 A short read exploring the rise of populism, Donald Trump and Brexit, and whether democracy as a form of government can survive. Dyer’s premise is that the problem is not one of ideology but of inequality. If a person’s ability to survive and benefit from economic growth is tied to employment, then there’s a problem, because paid employment is falling and wages are stagnant. Populists take advantage of this situation to blame immigrants and create dangerous social division. Dyer makes a good case for the use of a universal basic income as the solution to ever-increasing automation in manufacturing, transport and information-based work. That’s a hard sell in a neo-liberal world.
Read more

Reading journal: Stranger at the Wedding by Barbara Hambly 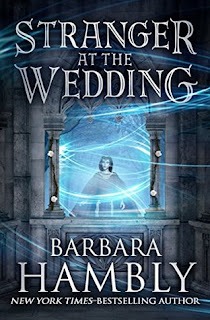 Genre: Fantasy Published: 1994? Date read: July 2018 Kyra, a wizard, returns home for her sister’s wedding. It’s not a happy occasion. The sister is in love with someone other than the groom, Kyra’s father isn’t pleased to see her return from exile, and Kyra is certain that her sister is cursed and will die on her wedding night. This book was deceptive. At first it feels like a standard fantasy story, with family conflict, humour and an unexpected romantic attraction. That doesn’t last. The story becomes dark and horrifying as the source of the curse is exposed and the events that surrounded Kyra’s exile are revealed. Kyra’s efforts to save her sister are accompanied by increasing desperation, and the final magical battle is scarifying. I highly recommend this book, although its availability is a bit of a challenge. I have a Kindle version which seems to have been withdrawn from sale everywhere, and in Australia there is now only an audio version. I’ve no idea what the publ
Read more
More posts