A story of a future Australia where the inland is in permanent drought and the inhabitants have been forcefully relocated or herded into camps. But there are hold-outs, people who hide from the Creeps and eke out a precarious living. The story begins with a football match against a passing First People caravan, and the return of Bill’s friend Tobe from his wanderings. 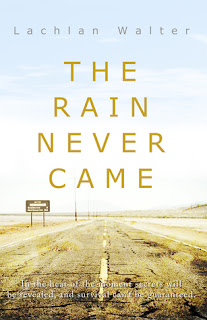 Bill and Tobe are close, and share a tragic past. Bill’s loyalty is tested when Tobe insists on an exploratory trip into the badlands, but he follows Tobe faithfully, even when they must abandon their bolthole, only to be betrayed in the end. (I hope this isn’t too much of a spoiler).

This is an interesting book. I enjoyed it as a writer, seeing how Walter has varied the pace to create atmosphere. The structure of the book is interesting too, a classic story structure with a strong inciting incident which I didn’t identify until the very end, even though it occurs quite near the beginning; the point at which Bill loses hope.

As a resident of inland Australia, where the droughts are becoming worse and the future is likely to hold more of the same, I can only hope this book is not prophetic.
By Jai Baidell on July 13, 2018