Showing posts from April, 2017
Show All

Book review: Tell Me Why by Sandi Wallace 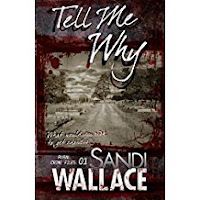 I love finding new Australian crime stories, and this one looked pretty good, set in Daylesford in Victoria, and Melbourne. I liked the settings, well described, and the cast of characters is interesting and well rounded. The country cop, John Franklin, was convincing, and the plot developed nicely, although a little over-melodramatic in parts. Where I ran into difficulty was that I couldn't understand or like the female protagonist, Georgie. She's a freelance writer, but she misses a deadline. FAIL. She's a feisty millennial, but she leaves her phone in the car when going to interview a suspicious person. FAIL. She's an adult who should have more sense but she goes ALONE to chase down the murderous bad guys instead of waiting for backup. DOUBLE FAIL. And Georgie's other half, the lawyer AJ, isn't really present, just a cutout character. Don't get me wrong, I read to the end because I just had to find out what happened, and that's the ma
Post a comment
Location: Daylesford VIC 3460, Australia
Read more
More posts